Harry Potter And The Philosopher's Stone is the first in a magical adventure series and one of the best selling books of all time. Originally published in 1997, this award-winning book set the stage for an epic series that would go on to define the childhoods of milennials the world over. The audio book is... END_OF_DOCUMENT_TOKEN_TO_BE_REPLACED

The Last Wish is the first instalment in a series of books that was originally published in 1993 by the Polish fantasy writer Andrzej Sapkowski. The series has been received with much adulation, going on to be adapted into the widely successful video game 'The Witcher' in 2008 and is set to become a Netflix... END_OF_DOCUMENT_TOKEN_TO_BE_REPLACED 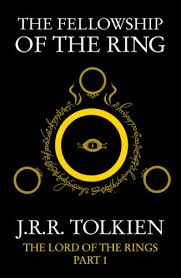 The first volume in the Lord Of The Rings trilogy: The Fellowship Of The Ring is the epic adventure fantasy novel by J R R Tolkein. Published in 1954 by George Allen and Unwin, it follows the story of Frodo Baggins from the Shire who is bequeathed a magical ring with dark powers. For the... END_OF_DOCUMENT_TOKEN_TO_BE_REPLACED